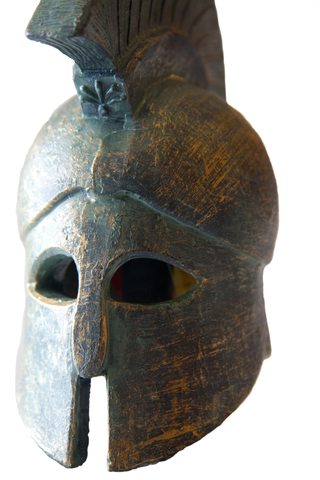 The photographic memory techniques of the Tibetan monks mentioned in the previous article are expanded on in this interview. To avoid unnecessary info follow the red font.

Castro: This is an ancient system. The original name of this system is the “Red Ruby Eyes of the Dragon.” A more recent name is the “Templar Knights Method,” and the current name is the “Bronnikov Method.” This is a “closed door” Tibetan system that generally takes 20-30 years to learn. But we’ve discovered that children under 14 can develop alternative vision as early as 12 days, and adults average of 3-6 months. However, the vision that’s developed is not the purpose of this method-it’s a by-product.

Hiltner: I’ve heard the skills developed called Jedeye Knight skills. So what else can be done with it, besides remote vision?

Castro: Level 1 is called Dynamic Chi-Gung. It’s the equivalent of moving a car, for instance, from fossil fuel to free energy. That’s what we’re doing, but with a human being, who is literally turning into a human being of light, where they activate a thousand atomic generators within the human body itself. As a result of that, you have tremendous health; the immune system and the regenerative ability of the organs are increased.

Level 2 is about activating the “psycho-biocomputer” (or it could be called the internal view-screen, or just plain vision). This activates photographic and holographic memory, as a beginning.

Now, the supernatural abilities many monks claim to have are a little bit hard for me to swallow without solid proof – the video below on remote viewing for instance. Remote viewing has been regarding in the past as a real and useful skill; the CIA employed many individuals who claimed to have this particular type of sixth sense after World War 2 when they learned that the Russians were successfully using spies with such abilities.

Although facts like this seem to point to a much higher use of the brain, our purpose today is not to explore the validity of “sixth sense” abilities, but to study and apply the more down to earth, concrete techniques that have been tested and proven.

The “psycho-biocomputer” that “activates photographic and holographic memory” is not a supernatural or psychic feat as many would like to believe, but a memory technique that can be learned. This is the concept of photographic memory.

Most people regard photographic memory as a superhuman ability, like when we see magic tricks as mysterious and impressive until we learn how the trick works, which is exactly why the magician “never reveals his secrets”. This brief excerpt illustrates the concept well:

Wikipedia’s summary of A Connecticut Yankee in King Arthur’s Court:

In it, a Yankee engineer from Connecticut is accidentally transported back in time to the court of King Arthur, where he fools the inhabitants of that time into thinking he is a magician – and soon uses his knowledge of modern technology to become a “magician” in earnest, stunning the English of the early middle ages with such feats as demolitions, fireworks and the shoring up of a holy well.

I love this book because it explores the suspicious nature of mankind, especially toward things we do not understand or cannot explain (technology regarded as evil magic), and also the converse response of awe and respect. 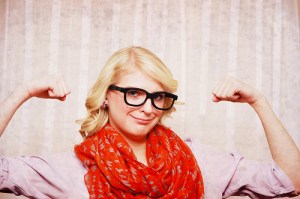 Get ready for somewhat of a let down, because once you learn how to develop a photographic memory, the intrigue is gone, and more or less it will become yet another discipline to master.

On a more positive note, the people who do not understand the method (most everybody) will likely be impressed and respectful of your ability. That being said, the art of photographic memory is not a parlor trick or tacky prop, but a highly effective memorization technique.

Now to delve into the how to’s of the matter.

Because the goal is to store an image quickly, and recall the image in vivid detail just as quickly, we must break down our practice into categories:

There are two things to keep at the top of your mind:

We will use the following image to demonstrate the foundation technique.

Visualization is a foundation technique that is overlooked as a general rule, but is essential in the development of a photographic memory, and thankfully, is actually fairly easy to master. For practice, create a batch of photos – save them to your desktop, organize them into files, upload them on Flickr or Pinterest, or root around in your attic for those photograph prints from the last high school reunion you probably would have never looked at since you took them – whatever works best for you. Take the image and observe it, then try to remember every detail you saw.

It won’t be much until you utilize the proper technique:

There are many methods of anchoring, but for simplicity’s sake, we’ll use the anchoring method that many memory gurus use to remember names.

You can anchor an image, name, or concept by attaching it to another image that is already firmly ingrained into your long-term memory:

The hard part is doing all of this in 10 seconds. With practice, it is very doable, and the faster you get, the closer you are to your photographic memory.

If you have not figured out the importance of this practice, consider the benefit of  being able to simply stare at a page of text for 10 seconds or less – 1 minute max for 6 pages – and be able to recall all of the most important pieces of information the next day, week, month, and even year with some maintenance.

Or what about taking a mental screenshot of a crime scene that you can refer back to for clues? Not a crime scene analyst? How about reading people (here we go, he’s talking about Sherlock again..) or remembering vivid details about someone you met months ago? Or cramming for a test you procrastinated on for weeks. Memorizing poetry, learning a new language – the list goes on for a very long time, but the point is this: a photographic memory is valuable. Develop one!

All it takes is a little bit of practice –  German memory champion Boris Nikolai Konrad was able to memorize 280 words as well as 195 names and faces in 15 minutes. He also memorized 21 first names and birth dates within two minutes. These examples are the result of long and deliberate practice:

US memory champions spend an hour a day practicing their technique and exercising their brain. Interestingly enough Arnold Schwarzenegger’s work outs lasted 4+ hours. For those of us with less time available, 30 minutes a day is more than enough to achieve drastic memory improvement to include a base model photographic memory.

This article has only dealt with a part of the foundation – next we will cover phonetic mnemonics and the major system, which allows you to visualize and store text quickly and efficiently.