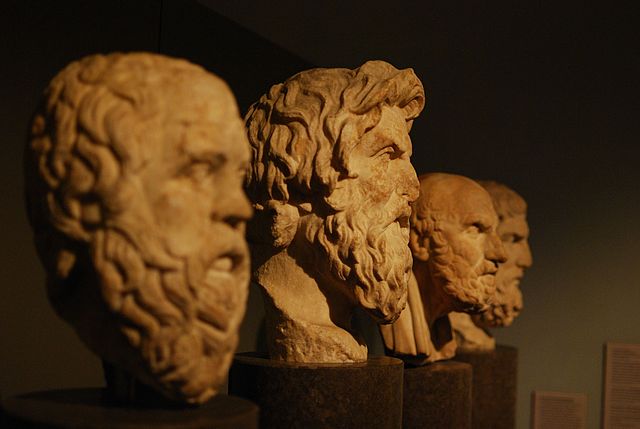 The strength and courage of the Spartan warrior is historic in truth, and legendary in status.

In this article, I explore how the Spartans used their philosophy of simplicity and minimalism to conceal the power of their intellect, and rule the world around them.

They guarded their secrets well. Socrates failed to reveal the rituals of their secret society Crypteia, but many of their customs and behavior has survived the course of time. The minimalist philosophy of the Spartans has been recorded extensively by the most reputable historians, leaving ample evidence for us to learn from.

The Discipline of the Spartan Diet 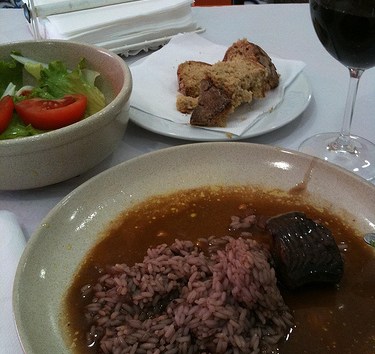 The Spartans diet was similar to the Greeks; they ate meat, dairy, fruits, vegetables,bread , and olive oil. They drank water and wine. They also ate melas zomos “Black Soup”, also known as Blood Soup. Black Soup was a staple soup entirely unique to the Spartan culture. The soup was made of salt, vinegar, pig legs, and blood. 1

One minimalist eating habit set them far apart from the cultures surrounding them. Much like the ancient and modern Japanese culture, Spartans ate only what they needed, and sometimes less. They practiced the zealous discipline of frugality, eating a meager calorie diet despite strenuous training and exercise. 2

This is Xenophon’s (Greek mercenary and historian) account of the Agoge diet:

“[the boys were fed] just the right amount for them never to become sluggish through being too full, while also giving them a taste of what it is not to have enough.” 3

According to legend, a man from Sybaris, a city in southern Italy infamous for its luxury and gluttony (which gave rise to the word sybarite), after tasting the Spartans’ black soup remarked with disgust, “Now I know why the Spartans do not fear death”. In another story, it is said that Dionysus, the despot of Sicily, for the sake of this bought a slave who had been a Spartan cook, and ordered him to prepare the broth for him, sparing no expense; but when the king tasted it he spat it out in disgust; whereupon the cook said, “Your Majesty, it is necessary to have exercised in the Spartan manner, and to have bathed in the Eurotas, in order to relish this broth.”

I love the second account – it reminds me of how great food tastes when my body needs it! Sometimes fasting and strenuous exercise is worth it for the simple enjoyment of relishing every distinct nutrient your body craves. 4

Minimalism in the Spartan Mindset 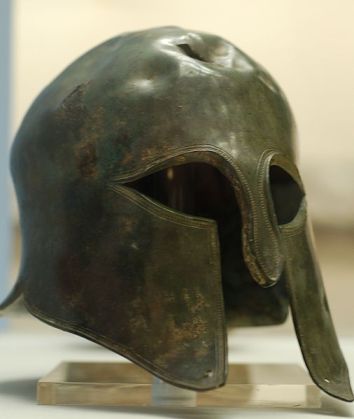 The Spartans were by far the most minimalist, focused, and disciplined nation of the era. They carved away every activity or pastime they deemed a luxury, focusing on a simplistic lifestyle, and pursuing activities that supported one of their most prized abilities: War.

War was both a tool of power and a smoke shield for the Spartans, who used their simplicity of speech and lifestyle to conceal a remarkable cunning, which they waited patiently to unleash in the opportune moment. Socrates caught on to this game as we’ll see in the next section.

While the nations around them wasted time and money on imported delicacies, fine clothing, and elaborate architecture, the Spartans dismissed this mindset as foolish and weak. Their mindset was that of superiority, often with good reason. Because of their life of disciplined minimalism, they were indeed superior in every aspect of battle, and they weren’t shy about it.

In Plutarch’s Moralia, he writes about the high status of Spartan women, and records many of their sayings. This is one of the sayings (attributed to Gorgo) he recorded:

Thucydides (Greek historian and Athenian General) wrote of the minimalist architecture of the Spartans:

Suppose the city of Sparta to be deserted, and nothing left but the temples and the ground-plan, distant ages would be very unwilling to believe that the power of the Lacedaemonians was at all equal to their fame. Their city is not built continuously, and has no splendid temples or other edifices; it rather resembles a group of villages, like the ancient towns of Hellas, and would therefore make a poor show. (Thucydides, i. 10)

They used simplicity of lifestyle as a tool of leverage in their control of the world around them. 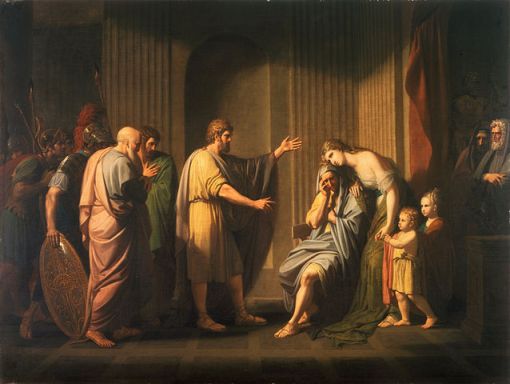 Laconic speech is to use few words; terse or succinct speech. The description came into existence to explain the speech of the Spartans, which was 100% minimalist – brief, to the point, curt, and blunt. They were not simply black and white in their speech however.

Their poets and writers were highly renowned wielders of overwhelming confidence and dry wit. One of the better examples is the response to Philip of Macedon when he challenged the Spartan magistrates. He wrote:

“If I enter Laconia, I will level Lacedaemon to the ground “. The Spartans’ reply was ” If “(αἴκα). Subsequently both Philip and Alexander the Great avoided Sparta entirely.

“They conceal their wisdom, and pretend to be blockheads, so that they may seem to be superior only because of their prowess in battle … This is how you may know that I am speaking the truth and that the Spartans are the best educated in philosophy and speaking: if you talk to any ordinary Spartan, he seems to be stupid, but eventually, like an expert marksman, he shoots in some brief remark that proves you to be only a child.”6 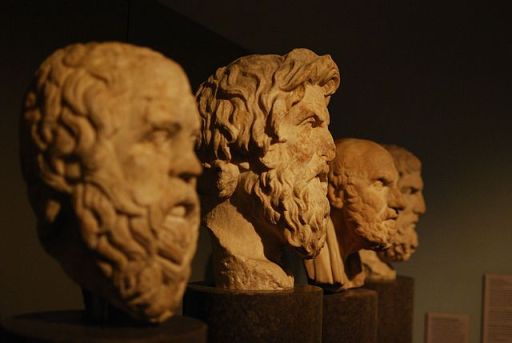 When I think of Spartans, my mind haphazardly wanders to 300’s sensory-packed images of bloodlust, gore, and testosterone. I often have to force myself to forget about the comic book version of history, as fun as it is.

The truth is, the Spartans were the opposite of the simple, warmongering battle-drones we’ve come to know.

History has highlighted this aspect of the Spartan lifestyle to the point of eclipse. In the admiration (or in Aristotle’s case, abhorrence) of their discipline and courage, the modern approach is to hone in on a perception of the Spartan obsession with war. Accurate accounts of history show that the Spartans did not limit themselves to physical training, but were devoted to refining their intellect to an equal extent.

Myson of Sparta was given the high honor of being counted as one of the 7 Sages of Greece. This is one of his famous sayings:

The Oracle of Delphi proclaimed Myson the wisest of all men when Anacharsis consulted it:

“Myson of Chen in Oeta; this is he
Who for wiseheartedness surpasses thee. 7

Chilon of Sparta was also given the position of one of the 7 Sages of Greece. He wrote:

“If one is strong be also merciful, so that one’s neighbors may respect one rather than fear one.”

These Spartan philosophers taught and practiced minimalist beliefs that lead to the conquering of Sicyon, their antagonistic neighbors, the development of the Peloponnesian League, and a number of political, social, and military victories.

To me, this elegantly demonstrates the power of simplicity; the superiority of simple words and actions that result in complex and powerful achievements.

The lifestyle of minimalism is different in every minimalist. Some enjoy the peace and balance created by simplicity, and others use the power of simplicity to pursue complex ambitions.

1. This Greek Blood Soup may have resembled the Spartan recipe.

2. You can read more about the Japanese diet and why they’re the healthiest nation on the planet here: “Minimalist Nutrition: The Japanese Diet”.

4. Fasting is surprisingly healthy: Find out more by reading “The Top 10 Health Benefits of Fasting”

5. The Spartan society esteemed women far beyond the male dominated cultures of the world at the time. They enjoyed equality with their male counterparts in voting, property ownership, and general respect. I believe the Spartan man’s respect of women reaches further than their battle prowess in showing the wisdom and (true) manliness of their culture.

6. For a full list of Spartan “Laconic speech” examples (as well as other interesting information regarding laconicism), read: “Laconic Speech: The Minimalist Rhetoric of the Spartans”