A question that many people ask themselves, especially here in America, is: “What is Freedom?”

Freedom is nothing more than the absence of slavery.

When I say slavery, I’m not referring to human slavery exclusively, although it is one of the clearer forms of slavery (and subsequent lack of freedom).

Slavery can take many forms:

1. Debt: Inhibits a person’s freedom. A person with accumulated debt has to make choices that they don’t like and don’t want (working long hours, working in a career or job they dislike, etc). These stressful choices are ultimately forced upon them by debt, which has become a form of slavery because it robs the person of a number of better choices and forms of lifestyle.
2. Controlling Relationships: A man or woman that grasps for control in a relationship is in danger of enslaving his or her partner. This typically results in a break up because of the human instinct to fight for personal freedom, but there are people who essentially become a slave to their partner in the sense that they have no control, and the other person does. Their freedom to make decisions is taken away, and this absence of freedom is a form of slavery.
3. Jobs and Careers: This is a sore spot for most of us – we’ve all worked at jobs that we hated, and put up with poor organization, management, or some form of inadequacy that made our lives miserable for a period of time. Statistically you’re probably still in that position, dying for a chance to get out of your chosen job or career, while silently accepting the fact that you’re stuck – This inability to change careers to improve your lifestyle has made your job/career the “master”, and robbed you of the freedom to make a more fulfilling decision, and in a sense you’ve become a slave to your position. 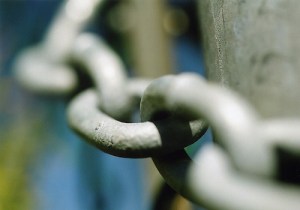 Now comparing a lame job or bad relationship to slavery – isn’t that kind of extreme?

Maybe it is, maybe it isn’t. It’s pretty clear at this point that I don’t think so – let’s make that exact comparison:

-A human slave is defined as a “slave” because of his lack or absence of freedom.
-He may want to fish, hunt, or spend time with his family, but he doesn’t have the freedom to make that decision.
-He may want to find a job that treats him fairly, or that pays better, but again he doesn’t have that freedom.
-Sure, he can run away, but the risks often outweigh the potential benefits.

So he stays at his “job”as a slave – but a safe slave.

Whether it’s debt, a horrible job, a controlling relationship, or any other form of poor lifestyle; if that way of living limits your freedom to make fulfilling choices, it’s not very different from human slavery by the way we typically define it:

-You have an absence of freedom.
-If you want to do certain things but can’t because of your job or relationship, you’ve forfeited the right, or freedom to make that decision.
-You may want to find a better job or career, but you don’t allow yourself that freedom (so you don’t have it).
-Sure you can run away, but the risks outweigh the potential benefits.

So we often stay in our unfulfilling lifestyle as a slave; a safe slave.

The Unhealthy Addiction to Safety 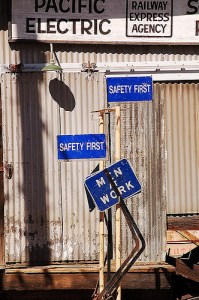 For whatever reason, our society places an extremely high priority on safety. When I was a child I was taught things like:

-“Shoot for the stars”,
-“You can be whatever you want to be when you grow up”, and
-“You can do anything if you put your mind to it”.

But when I made the transition into adulthood I was presented with principles, guidelines, and unwritten rules that sounded much different:

-“Find a (safe) job with good (safe) benefits and a good viatical settlement company to give you a (safe) retirement plan.”
-“Over 80% of small businesses fail (they’re an unsafe option).”
-“Specialize, specialize, specialize! Companies want to see expertise! (Pursuing multiple desires and/or capacities is risky; unsafe)”

When I decided I wanted to buy a house in a less affluent county to stay out of debt, I began to notice that it wasn’t really socially acceptable to “do anything if you put your mind to it”.  Many friends and even family members questioned the decision, or silently voiced their disgust with the idea. Most of the logic surrounding the argument against the decision had to do with safety. Keep in mind, this was an area that had a low class reputation; the actual crime rate in the area was low.

But at what point should you take risks to secure a better lifestyle?

When we decided to move to Ecuador for a short period of time, the response was clearer: “It is not okay to shoot for the stars – you can’t really be whatever you want to be!” And again, the prevailing mindset was that it wasn’t safe – we could get robbed of our possessions, or kidnapped, or even murdered! My response was that people get robbed, kidnapped, and murdered in America too, but that wasn’t the best answer apparently.

The point is this:

Desiring safety for yourself and your family is not a bad thing. But when your dedication to safety forces you to make unhealthy decisions, it becomes an unhealthy addiction.

If I had decided to follow the advice of so many people around me, I would be working at an monotonous, unfulfilling, and inhibiting job: I would never travel, except maybe to the safest areas in the United States, and I would not be allowed to pursue my interests to the degree that I wanted to. I would work long hours that would take away from my time with the family, and in return, I would be “safe”.

Defining Freedom: The Relationship Between Freedom, Safety, and Slavery 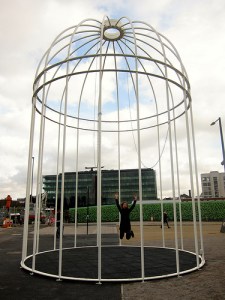 A bird in the wild faces many threats to his safety. There are predators, rival males, and sometimes food is scarce. A caged bird has a safer lifestyle; he gets food every day, has no predators, and there is no one around to take his territory.

Here’s a human example ( there are many other comparisons that could be made, but this one makes the point fairly well I think):

-The person who chooses the job gets a steady, reliant source of income=Safe.
-The Freelancer relies on clients or projects that are typically less reliable (let’s face it, corporate businesses have usually been operating much longer than us – they have tons of capital and experience, and sometimes we don’t)=Unsafe.
-The person who chooses the job has good insurance that will help bail them out in a health crisis=Safe.
-The Freelancer doesn’t (at least not all the time)=Unsafe.
-The person with the corporate job will almost certainly have a good retirement headed his way=Safe.
-The Freelancer (again, this is not always the case, but often is) has a much harder time earning his retirement=Unsafe.
-There are many other problems that can arise when a person decides to forfeit the safety of the socially acceptable options.
-But let’s think about the lives of highly successful Americans who forfeited safety in pursuit of something greater.

When I look at the lifestyles of individuals from the past, I realize that their lives teach a different principle. 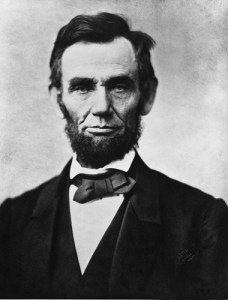 “They who can give up essential liberty to obtain a little temporary safety, deserve neither liberty nor safety.”

I wish I had more time to show how every one of these people valued fulfillment over safety.

Each of these individuals gave up a remarkable amount of security and safety in pursuit of what they thought was a better lifestyle, and for the most part, they attained that lifestyle. The people who didn’t still made history with their story, and that’s saying something.

So my final points in defining Freedom:

-I realize that Freedom comes at a cost, and that cost is usually a lowered sense of security, or perceived safety.
-The more Safety we accumulate, the more Enslaved we usually become.
-In my pursuit of a fulfilling and healthy lifestyle, I’ve decided that it’s not just necessary, it’s imperative to step outside of my personal comfort zone.

When I make a fitness goal: Say I want to run a marathon without stopping. The only way I’ll be able to accomplish that is if I push myself past what my brain says is unsafe. When runners hit their brick wall, they have to force their body to comply if they want to find success. If I want to bench 300 lbs, I will never hit that goal without pushing my muscles past what my mind tells me is natural – it hurts!

But the small amount of discomfort I put myself through results in the attaining of my goal!

So don’t we do that in our everyday lives?

If you do, I hope this post will encourage you to continue your pursuit of a better life. If you don’t, I hope you’ll be challenged to push yourself out of your safety bubble toward bigger and better things.

As for myself, I’m still somewhere between the two – Sometimes I take the bull by the horns, taking risks and pushing myself to new limits. At other times I’ve taken the wider and more traveled path of safety.

But it’s my goal to rid myself of my security blanket and push myself to a lifestyle of Freedom. We’ll see how it goes!
–Josh